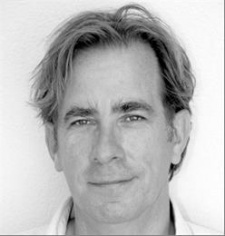 Douwe Eisenga is a Dutch composer who was born and raised in Appeldoorn. His influences span a wide variety of genres, including punk, progressive rock, symphonic pop bands and the blues in his teenage years and Baroque and minimal music in his adult composing years. His compositions are mostly for piano and indicate influences of many composing techniques, often featuring repetitive rhythmic patterns. He is regarded as a significant figure in the Dutch composing scene, particularly in the sphere of contemporary classical and minimalism.

Eisinga was born on December 25th, 1961 in Appeldoorn. He became involved with music at an early age, expressing a desire to learn the guitar at around nine years of age. At this point his parents redirected him toward organ lessons, being of the opinion that this instrumental pursuit was more appropriate. Eisinga was thus enrolled in organ lessons and, during his instruction, was also educated in classical music theory.

Though his primary instruction was in learning to play the organ within the realm of classical music, during his teenage years Eisinga became intrigued with the genres of punk, progressive rock, symphonic pop bands and blues. This interest is evident in its influence on many of his compositions. Among others, he bought and listened to LPs of John Mayall, an English singer, songwriter, organist and blues guitarist. Drawing from this and many other influences, Eisenga began to imitate different genres (including popular music styles exemplified by John Mayall & the Bluesbreakers), on his electronic organ. The brand of his instrument was a Philicorda, a single manual organ.

Once having graduated high school, Eisenga began a university study of Sociology at the University of Groningen (RUG). However, once having pursued this for two years, he realised that it was not the right educational path for him, and decided to pursue music instead, without having completed his university degree. Thus at the age of twenty, Eisenga began to play the piano. He became involved in the music scene of Groningen, and played in several bands at that time. In contrast to the typical performances usually carried out in his classical lessons, many of the band performances took place in music theatres, clubs, and other more informal venues.

It was at this time that Eisinga also began his foray into composition. As an autodidact, he wrote music for movies, theatre and documentaries. These initial compositions were often created from a popular music perspective. After having experimented with individual composition and joining several bands in the local Groningen music scene, Eisinga began a conservatory study in Groningen. His initial purpose in attending the Conservatory was to Major in light music, with minors in Classical music; and so for the first two years of his program, he studied light music under Julius Ament. However, two years after beginning his degree, Eisinga decided to switch his focus to classical music. He then completed the rest of his degree studying classical composition under Wim Dirriwachter. Halfway through his education at the conservatory, he moved to Middelburg, where he met his future wife. Thus, during the final three years of his studies, he travelled to Groningen once a week in order to complete his degree. During the six years he spent at the conservatory, he studied a variety of composing techniques, which included Surrealism, the Twelve Tone Technique, Peter Schat’s Tone Clock and the techniques of Ton de Leeuw, all of which would greatly influence his individual composition style.

Eisenga’s first complete composition is the piano piece Theme 1 ( completed ca 1980). In addition, several later pieces are based on his pre-conservatory compositions. For example, a theme Eisenga had written before he went to the conservatory formed the foundation for Requiem 1953. In his composition, Eisenga adopted the idea of circular thinking and therefore, many of his compositions involve the creation of a static musical environment. This approach consciously stands in stark contrast to the stylistic elements of romantic music. In an interview with Eisinga, he explained his dislike of 19th century romantic music on the basis that it lacks patience and consistency, often rushing from climax to climax. According to Eisinga, romantic music can be characterized by its constant chase of happiness. Thus, in composing his own music, Eisinga makes use of elements which attempt to reveal happiness, creating a musical environment in which it is pleasant to reside. In discussing these elements of his compositional process, Eisinga names composer Ton de Leeuw as a special influence.

In addition to Ton de Leeuw, Eisinga’s compositions bear influences from a wide variety of genres and composers. He cites Baroque, minimal, post minimal and pop music all as styles possessing a large degree of significance in his own composing. Furthermore, he names an important aspect of his music as the on-going rhythmic movement often present in baroque music. In addition, the rhythmic and tonal orientation of his compositions often feature repeating patterns, such as in the minimal music by Philip Glass.

In discussing his musical inspiration, Eisenga stated that his main motivation to write is for himself, as he is his own biggest fan and also his most critical listener. Since he wants to be able to listen to his music at least one hundred times, he therefore demands a high quality of creative composition from himself. As he puts it, he should not get bored after two weeks; otherwise why would he bother others with his pieces?

Even more interestingly, for Eisenga music is a physical rather than an emotional process. He does not use music as a medium to express personal sentiments or experiences. Despite this very functionalistic approach, he maintains that he must of course be touched by the end result. To him, composing is a process that is both professional and objective, requiring time and technique to produce a worthy composition. When a piece is finished, Eisenga states that he must be inspired by a certain drive in the music; this further exemplifies his stance that rhythm and repetition are essential. He explains that he needs a certain daily amount of both of them (rhythm and repetition), otherwise he suffers from “withdrawal symptoms”.

The following are several quotes from reviews of Eisinga’s music:

Volkskrant on the Music for Wiek